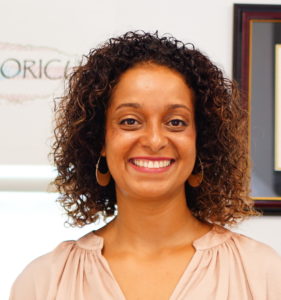 Dr. Clealand is an associate professor of Political Science at the University of Texas at Austin. Her research examines comparative racial politics, group consciousness, black public opinion and racial inequality with a focus on the Spanish-speaking Caribbean and the United States.  Dr. Clealand’s book, The Power of Race in Cuba: Racial Ideology and Black Consciousness during the Revolution, (winner of the 2018 Best Book Award from the Race, Ethnicity and Poltiics Section of the American Political Science Association and the W.E.B. Du Bois Distinguished Book Award from the National Conference of Black Political Scientists) examines racial ideology and the institutional mechanisms that support racial inequality in Cuba. The book outlines structural racism the island and the experiences of discrimination that create a foundation for black solidarity. Through survey, ethnographic, and interview data, The Power of Race in Cuba draws from the many black spaces on the island, both formal and informal, to highlight what constitutes black consciousness in Cuba.  Her current project, Black Migration Into a White City (co-authored with Devyn Spence Benson), is an oral and political history of black Cubans in the United States. The project uncovers the black experience to fill gaps in the existing literature about Cubans and Cuban-Americans in the United States where stories of political and economic success dominate the scholarship and dilute stories of black exclusion. Through the use of oral history, the project analyzes housing discrimination, residential segregation, educational opportunities, intra-Latino racism, community building, and voting behavior, particularly in Miami. Dr. Clealand’s work can be found in Ethnic and Racial Studies, Politics, Groups and Identities, Journal of Latin American Studies and SOULS.  She serves on the editorial board for the journal of Latin American and Caribbean Ethnic Studies and the advisory board for National Review of Black Politics.  Dr. Clealand received her Ph.D. from the University of North Carolina at Chapel Hill in Political Science in 2011. More information about Dr. Clealand can be found here. 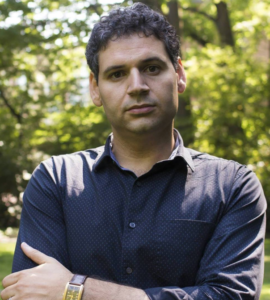 Dr. Karam Dana is the co-director of the American Muslims Oversample Sample of the 2020 CMPS. He is an Associate Professor of Middle Eastern & Islamic Studies at the University of Washington Bothell. His research explores the socio-political conditions that  affect  the formation and evolution of political identities and civic participation, with a particular emphasis on the study of American Muslims, and Palestinians transnationally. Dr. Dana is the founding Director of the American Muslim Research Institute (AMRI), and the principal investigator of the Muslim American Public Opinion Survey (2009). He has published widely in leading social science and other academic journals. More information Dr. Dana about can be found here. 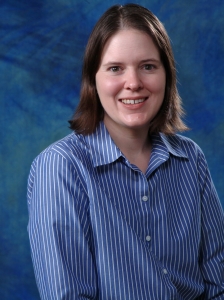 Dr. Laura E. Evans is an Associate Professor at the University of Washington’s Evans School of Public Policy and Governance. She studies race and politics, Native American politics, federalism, and political institutions in the U.S. Dr. Evans’ work addresses both historic and continuing obstacles to Native American tribal governments’ exercise of sovereignty and self-determination.  She documents how tribes respond to their context in order to dismantle barriers and expand opportunities to self-govern.  At present, she is analyzing Native American voters’ political and policy priorities, in collaboration with Gabriel R. Sanchez and Raymond Foxworth. She is examining how tribal governments pursue climate change adaptation and mitigation policies—and the forces that advance or thwart their efforts—in collaboration with Nives Dolšak and Aseem Prakash.  Also, she is evaluating how tribal activists’ interactions with the U.S. Congress have evolved since the late 19th century. Dr. Evans’ book, Power from Powerlessness: Tribal Governments, Institutional Niches, and American Federalism (Oxford University Press), examines Native American tribal governments’ relations with states, localities, and the federal government.  She wrote the first article on Native American politics ever published in the American Political Science Review, “Expertise and Scale of Conflict:  Governments as Advocates in American Indian Politics.” Dr. Evans holds a Ph.D. in Political Science and a Master of Public Policy from the University of Michigan. More information about Dr. Evans can be found here. 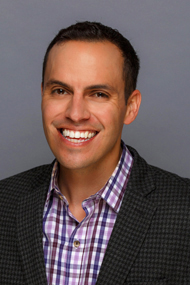 Dr. Andrew R. Flores is an Assistant Professor of Government at the School of Public Affairs and a Visiting Scholar at the Williams Institute at the UCLA School of Law. His research focuses on attitude formation, attitude change, and public policies affecting LGBTQ populations. His research has appeared in the Proceedings of the National Academy of Sciences, the American Journal of Public Health, Public Opinion Quarterly, Political Psychology, and other peer reviewed journals. Dr. Flores is currently a member of the National Academies of Sciences, Engineering, and Medicine Consensus Committee on Sexual and Gender Diversity. Dr. Flores has interest in LGBTQ politics and policy, race, ethnicity and politics, public opinion and political behavior, political representation, data visualization, data science, and political methodology. More information about Dr. Dr. Flores can be found here. 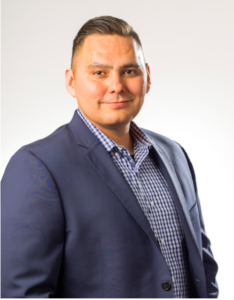 Dr. Raymond Foxworth serves as vice president of First Nations Development Institute (First Nations), an indigenous-led nonprofit organization. First Nations partners with Native communities to spur systemic community and economic change in mostly rural and reservation Native communities. Raymond holds a Ph.D. in political science from the University of Colorado at Boulder. His academic research has focused on indigenous politics, representation, local governance and democracy in the United States and Latin America. He is a citizen of the Navajo Nation and his family is from Tuba City, Arizona. More information about Dr. Foxworth can be found here. 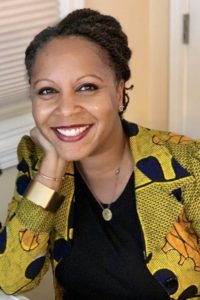 Dr. Christina Greer is a writer and professor of political science at Fordham University Lincoln Center and was the 2018 McSilver Institute Fellow at NYU. She is the author of Black Ethnics: Race, Immigration, and the Pursuit of the American Dream (winner of the 2014 WEB du Bois Best Book Award from the National Conference of Black Political Scientists) and has been published in several print outlets and academic journals. She is the featured educator in six Ted-Ed lessons, one of which, “Does Your Vote Count? The Electoral College Explained,” has over two million views, as well as videos on Ida B Wells Barnett, James Baldwin, and Bayard Rustin. Her teaching and research interests focus primarily on American politics broadly, race and ethnicity, urban politics, and campaigns and elections. She is the host of The Aftermath and The Counter on ozy.com, and cohost of FAQ-NYC, a NYC centered podcast. She also makes appearances on MSNBC, NY1, and NPR’s WNYC.  She writes a weekly column for the Amsterdam News, one of the oldest Black newspapers in the US. She received her BA from Tufts University and her MA, MPhil, and PhD from Columbia University. More information about Dr. Greer can be found here. 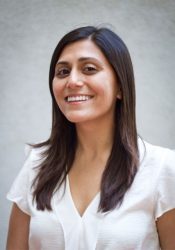 Dr. Nazita Lajevardi is an Assistant Professor in the Department of Political Science at Michigan State University. She received her J.D. in 2012 from the University of San Francisco School of Law and her Ph.D. in 2017 from UC San Diego. Her work examines how stigmatized groups — and Muslim Americans in particular — fare in American democracy. Broadly, her scholarship is related to race and ethnic politics, political behavior, voting rights, and immigration. Her scholarship has been published or is forthcoming in venues, such as American Political Science Review, The Journal of Politics, Quarterly Journal of Political Science, and Cambridge University Press, among others. More information about Dr. Lajevardi can be found here. 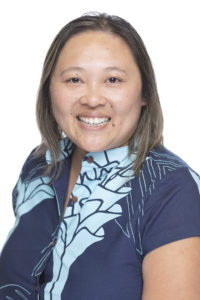 Dr. Phan is an Assistant Professor of Political Science at Hawaii Pacific University in the Department of History and International Studies. She earned her Ph.D. from Rice University and specializes in human decision-making and collective action. She is an expert in the areas of American Politics, Political Behavior, Survey Research, Political Psychology, and Race and Ethnicity. She is principal investigator of the HPU Behavioral Research Lab, which conducts empirical research and studies human decision-making and political behavior. Her research employs original experiments and surveys to understand how individual and group experiences impact collective action problems. She is also the principal investigator of the 2019 Native Hawaiian Survey. The Native Hawaiian Survey will complete at the end of 2019 with the goal of collecting 1,000 respondents from the Native Hawaiian population making it the largest survey focused on Native Hawaiian identity to date. More information about Dr. Phan can be found here. 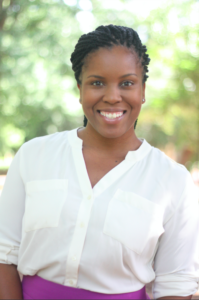 Dr. Candis Watts Smith is Associate Professor of Political Science at Duke University. She received her B.A., M.A., and Ph.D. in Political Science from Duke University. Professor Smith’s expertise highlights the role race and ethnicity in shaping the American political landscape. Her research agenda illuminates the ways in which demographic dynamics influence U.S. citizens’ and denizens’ understanding of their own identity, their political attitudes, and their policy preferences. She is the author of Black Mosaic: The Politics of Black Pan-Ethnic Identity (NYU Press, 2014), and the co-author of Stay Woke: A People’s Guide to Making Black Lives Matter (NYU Press, 2019) as well as Racial Stasis: The Millennial Generation and the Stagnation of Racial Attitudes in American Politics (University of Chicago Press, 2020). She is the co-editor of Black Politics in Transition: Immigration, Suburbanization, and Gentrification (Routledge, 2019). More information about Dr. Smith can be found here.