Scholars dig into nationwide survey of post-election data at conference 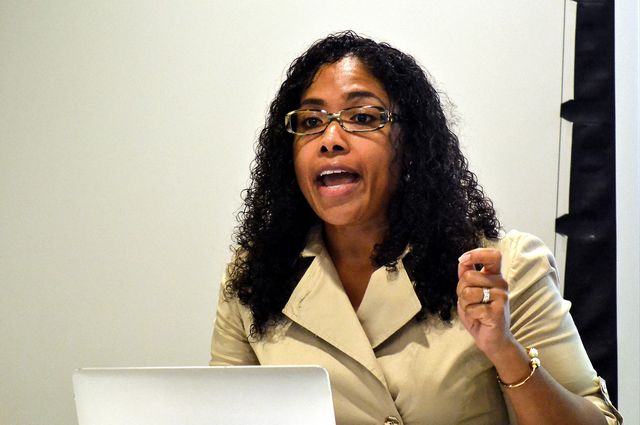 The assembled scholars listened intently, readying their critiques as a stream of researchers from universities large and small took the podium. Over two days, findings from a landmark shared survey effort focusing on the 2016 U.S. elections were presented, and then colleagues from across the nation congratulated and cajoled, concurred and challenged — sometimes forcefully.

And that was the point of it.

The spirited gathering on Aug. 3–4, in a large lecture hall at the UCLA Luskin School of Public Affairs brought together academic peers from across the United States whose findings were all derived from the same innovative and singular data set.

The 2016 Collaborative Multi-Racial Post-Election Survey was produced by a nationwide research group co-led by faculty from UCLA. The survey’s nearly 400 questions focused primarily on issues and attitudes related to the 2016 election, including immigration, policing, racial equality, health care, federal spending and climate change.

“Questions were user-generated via a team of 86 social scientists from 55 different universities across 18 disciplines,” said Lorrie Frasure-Yokley, a UCLA associate professor of political science who was one of the event’s organizers as well as co-principal investigator for the survey, known as the CMPS.

“We queried more than 10,000 people in five languages — English, Spanish, Chinese, Korean and Vietnamese,” said Frasure-Yokley, who was joined by co-principal investigator and conference co-organizer Matt Barreto, professor of political science and Chicana and Chicano studies at UCLA, as well as co-principal investigators Janelle Wong from the University of Maryland and Edward Vargas from Arizona State University. 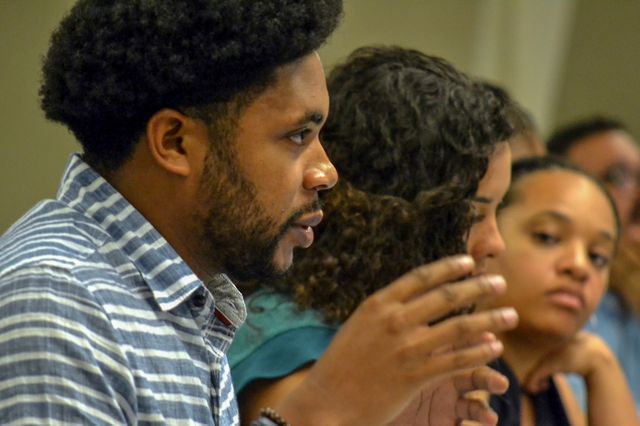 Jonathan Collins, a recent doctoral graduate in political science at UCLA, presented research during the conference.

Also serving as the annual summer meeting of a group known as the Politics of Race, Immigration and Ethnicity Consortium, or PRIEC, the conference is part of an ongoing series of meetings at which faculty scholars and graduate student researchers showcase works in progress related to racial and ethnic politics. Immigration, political behavior, institutions, processes and public policy also receive research attention.

“We have never seen this much diversity in the research being presented, in the presenters themselves, and in the audience members,” Barreto said. “It was a great experience.”

In spring 2016, scholars were invited to join the cooperative and help fund the 2016 post-election survey. Each of the participating researchers contributed money to the collaborative and then each had access to the data, Frasure-Yokley explained. The treasure trove of results is being incorporated into numerous ongoing academic studies and reports. Of those, 16 research projects derived from the data were presented, discussed and critiqued during the conference at UCLA.

“Our goal was to provide CMPS contributors with an outlet to present their research, obtain feedback for revisions toward publication, including book projects and academic articles,” Frasure-Yokley said.

The gathering also served as a professional development and networking opportunity for scholars who study race, ethnicity and immigration in the United States, she said. And the conference provided what Frasure-Yokley described as a “lively and interactive platform” for graduate students to present their research and obtain feedback via a poster session.

Organizers also encouraged and further cultivated the development of a number of co-authored research projects among CMPS contributors, she said.

One of the presentations focused on research conducted by UCLA Luskin Dean Gary Segura and colleagues about how threats to the group mobilize Latino voters.

Segura, who also served as a presentation moderator, is a longtime participant in the Politics of Race, Immigration and Ethnicity Consortium, having previously hosted a meeting when he was at Stanford. In fact, Barreto noted that Segura was one of the original members of the consortium, presenting at the first meeting at UC Riverside. 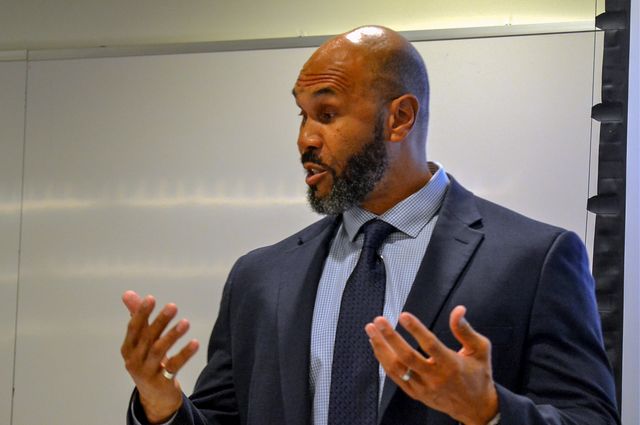 Holding this year’s conference at UCLA was a perfect fit. “Luskin was a great venue to host this conference because so many of the research presentations were directly engaging public policy and public affairs — from health policy, policing, immigration reform, LGBT rights, and race relations,” Barreto said.

“The partnership between Luskin and social sciences to bring the PRIEC conference to UCLA was truly outstanding. This conference was groundbreaking in bringing together scholars who study comparative racial politics from a Latino, African American and Asian American perspective,” he said.

Frasure-Yokley said the CMPS provides a high-quality online survey data source, and it also builds a multidisciplinary academic pipeline of inclusive excellence among researchers who study race, ethnicity and politics. Plans to conduct 2018 and 2020 surveys are already underway, and an annual CMPS contributor conference will be held each summer.

“The 2016 CMPS brought together a multidisciplinary group of researchers at varying stages of their academic careers,” she said, noting that participating cooperative scholars and conference attendees included junior and senior faculty from large research institutions, scholars from historically black colleges and universities and researchers from Hispanic serving institutions (HSIs). Also on hand were postdoctoral fellows, graduate students and some undergraduates.

“We need to go all in because this is the future of our discipline. And, if we want to make sure that we are creating a strong pipeline and have access to quality data … we need to start doing it on our own for ourselves,” Frasure-Yokley said.

In addition to support from Segura and the Luskin School, co-sponsors included political science department at UCLA; the American Political Science Association Centennial Center Artinian Fund; the division of social sciences in the UCLA College and its dean, Darnell Hunt, professor of sociology and African American studies; the department of African American studies; the César E. Chávez Department of Chicana and Chicano Studies; and the Center for the Study of Race, Ethnicity and Politics.